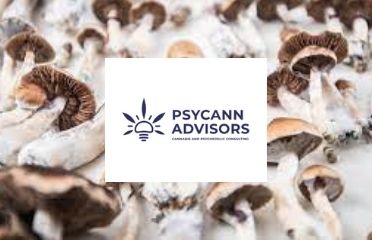 Psychedelics decriminalization and legalization advocacy is the beginning of a new legal market likened to the cannabis boom.  Medical use of cannabis was legalized in Colorado in 2000. Recreational use cannabis was legalized in 2012, and the first adult use sale was made on January 01, 2014. Entrepreneurs had two years to prepare for what would be known as the cannabis boom. Few cannabis entrepreneurs predicted or prepared for the legal cannabis market.  By 2017 several of the dispensaries that dominated the industry had disappeared. The owners with foresight, preparation and money to navigate regulations and fierce competition expanded or sold to newly formed cannabis corporations.

According to a February 2021 report released by the state Department of Revenue, Colorado retailers have sold $10 Billion in cannabis since 2014.

Psychedelics will be the next boom. A legal psychedelic marketplace is forecasted to be a $6.9 Billion business by 2027.

Corporations and wellness companies have begun moving into the psychedelics space. (See list below). Entrepreneurs planning to enter the psychedelics market have major competition, as well as, legal obstacles.

Sheva Pekar, the Founder and CEO of PsyCann Advisors, a cannabis and psychedelic consulting company, emphasizes the importance of compliance. The compliance process will be complicated. Requirements, regulations and state mandates will vary with each region. The only consistency will be constant change. One of the largest areas of growth will be in psychedelic therapy.

“While the industry is still growing,you want to make sure your business fully complies with local and state laws so you can be an official early adopter and lay claim to a successful psychedelic therapy business opportunity.” Sheka Pekar

Sheva Pekar has developed and facilitates the workshop Entering the Emerging Psychedelic Market to give entrepreneurs and therapists the information and tools to successfully launch their businesses.

Hollister Cannabis Co. based in California, has multiple cannabis brands in 600 dispensaries. They have created the brand Alphamind and are developing psychoactive concentrated powder, teas, and chocolate.

Havn Life is standardizing the extraction of psychoactive compounds. They have a line of mushroom based health products.

Compass Pathways  ,a UK based company focused on therapies and treatment, became the first psychedelic company to break into U.S. markets.

Red Light Holland, launched a pure truffle available in a microdose kit available at https://imicrodose.nl/ . They offer teleconferencing and a microdose app.