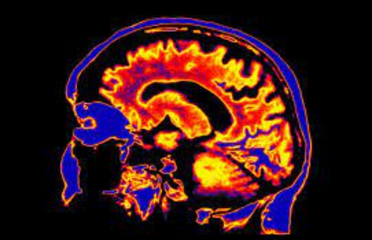 Psychedelics Industry is predicted to reach $10.75 billion in the United States by 2027 according to Research and Markets.

Fairfield Market Research has a more conservative forecast of $6330 million in the United States by 2026.

Data Bridge Market Research’s forecast is that the psychedelics industry will be $7,567.52 million in the United States by 2028.

Upwards of $10 billion is likely a more accurate forecast. Like the cannabis boom, the only consistency will be constant change.

One of the largest areas of growth will be in psychedelic therapy and medicine.  In 2017-2018 18% of adults experienced a mental illness. In 2021 19.00%, this is equivalent to over 47 million, of adults reported experiencing a mental illness. 4.55% of adults in the United States reported experiencing a severe mental illness.  Clinical studies indicate that psychedelics can be a powerful and effective treatment for a range of mental health conditions. An extensive 2016 review of medical literature concluded that they “are physiologically safe, with no evidence that they lead to dependence or addiction.” The 2016 review also found benefits for treatment of anxiety, treatment-resistant depression, OCD, PTSD, cluster headaches, personality disorders and psychosis.

There are multiple opportunities in the emerging psychedelic marketplace. Large corporations such as pharmaceutical giant Johnson & Johnson and smaller companies such as Mind Medicine and Numinus Wellness have started to move into the psychedelics marketplace. Canadian Better Plant Sciences is developing a line of mushroom-infused coffee blends. Hollister Biosciences Inc, is using its success with infused cannabis products to produce a line of teas, chocolates and a concentrated powder under the Alphamind brand. Red Light Holland launched a pure truffle product.

Sheva Pekar, the Founder and CEO of PsyCann Advisors, a cannabis and psychedelic consulting company, emphasizes the importance of compliance. The compliance process will be complicated. Requirements, regulations and state mandates will vary with each region.

Sheva Pekar has developed and facilitates the workshop Entering the Emerging Psychedelic Market to give entrepreneurs and therapists information and insights that prepares them for success in the psychedelic market.

“While the industry is still growing,you want to make sure your business fully complies with local and state laws so you can be an official early adopter and lay claim to a successful psychedelic therapy business opportunity.” Sheka Pekar

Psychedelics are the next boom! This is a once in a lifetime opportunity to be part of the beginning of an industry that has the potential to revolutionize mental health care.